A downloadable game for Windows and macOS

Mynah is a small metroidvania game still far from what I want to do but it´s getting there and with this game I can show my latest developments.

You can quit the game and when you came back to it you can use the load button to load the last level so you can continue your adventure.

Thank you and I hope you have a good time trying out this game.

Special thanks to Mario Korov and Brent Williams for helping me out on how to code and to all I learn from them I definitely suggest you guys to check them out on Udemy.

Thanks to Penusbmic, hugues laborde for the free art and thanks to itch.io.

Found this game a few weeks ago, and I feel bad that I hadn't gotten around to beating it this past weekend!

It's a pretty good foundation for a solid 2D metroidvania game, with a nice formula in terms of abilities, movement, artwork, and gameplay (the inclusion of that endgame tech as a required movement is awesome and reminds me of Celeste). Little things like health upgrades, a map, a little more tutorials, and maybe an easter egg or two (like the chest at the beginning giving something nice :) would make the experience a bit more user-friendly.

As far as issues I faced in the game, none of them were anything massive or game breaking:
- Audio for certain actions trigger regardless if the action happens (trying to jump while rolling)
- If one action is on cooldown while you perform certain other actions, the cooldown animation icon will freeze even though the timer for when you can use the ability still cools down in the background (rolling after shooting makes the animation freeze, but you can still shoot again on the regular interval)
- Falling into spikes can cause an infinite hurt-cycle where you can't escape

All in all, I'm excited to see where the development of this game goes, and I hope that this mini-review helps with development at all!

hey buddy thank for the feedback and for playing my game !! so cool to see other people playin the game. I gotta say if you liked mynah I think you will have a good time playing Kolah my latest game ! its has a map and dialogs and some features that I wasn´t able to put on mynah so maybe give it a try if you feel like it !! Cheers

I'll check it out some time this week, and I hope the feedback helps :)

Hey Godsey it definitely helped for sure I will try to improve both the code and the game. Cheers

Hello GamesBySpinola, I finished playing the game a few minutes ago, it was fun to play and with great potential. I think the only downside that the game have is the rooms that are a little repetitive and the lack of music.

I saw that you published another game after this one (Kolah), I'll go try it.

Hello zachattaque thank you very much for the feedback and for playing my game mynah and I really hope you like Kolah as well.

Hey there, your game is unique and fun to play. It looks great, but it appears you might've forgotten to turn off anti-aliasing for your basic ground tilemap? The border line appears a little blurry. It still looks good, but not quite as crisp as the player character when adjacent to it.

Hey Swift Bird Studios how are you ? thank you very much for playing the game.

Hey listen thank you very much for that tip I have noticed that but didn´t really knew why was that happening I´m gonna check that out right now and I hope I can improve that.

Can you tell me how can I do that ? thank you

I actually found out that the problem to that was on my sprite atlas on the compression. I will update that when I can !! thank you

No problem, I look forward to further development!

Hey Swift Bird Studios I made a new game you can chck it out here:https://gamesbyspinola.itch.io/kolah

Hey Biustar Games thank you so much for playing my game and thank you very much for making that video and for the feedback! Just a tip you can avoid damage with the dash or roll ability.

I´m currently working on a new game that´s is going to be an upgrade to mynah but I don´t know yet when it will be ready.

I will check out your channel and share it !

Hey Biustar Games I made a new game you can chck it out here:https://gamesbyspinola.itch.io/kolah

I've got no regrets getting this game, thank you for such an amazing product! :D

Hey Yania thank you very much for playing the game and for the feedback I hope you had a good time while playing it.

Hey Yania I made a new game you can chck it out here:https://gamesbyspinola.itch.io/kolah

Hi i played Game and its very cool and Challengeing. Nice visuals i Love this graphic dark and Light great Contrast. But Save and Exit Button didnt work :)

I will let you know when that´s fixed.

hey mate I got a new game check it out here if you feel like it !! cheers

could be good but honestly there are way too many levels.
like I had to cross like 10+ long screens before I reached the first upgrade, basically all kind of looking similar (it's VER obvious when parts of levels get recycled. like the 3+ platforms over spikes, the inverse s movement, etc.)
where I seriously had to start thinking "Wait, this WAS supposed to be a metroidvania, right?
havent seen even the first upgrade in the last x minutes and just gone through the very similar looking level many times, was this some procedurally generated levels or such?"

game needs more variety in level design. I mean stuff is jut too strechted out with the same few thing in mixed order popping up over and over.

I mean, i literally just kept moving right screen by screen for ages, to the point where I didnt really e3ven beliebe in the concept of upgrades anymore, before the level design changed and I found the first upgrade.

I would say a map is useful but currently the layout isnt too difficult, as there seem to be only 2 or 3 super long pathbs you can actually awalk along.

just got the double jump. after going through that teleporter I came back to some previous place.
since not knowing where to go next I jsut walked all the way to the let to the beginning.
which isnt apparently the way to go as there is only a chest there.

but I dont really feel like walking all the way back in the other direction either, so yeha, thats it for me for now.

by the way, the graphics and all look cool, gotta agree on that with the other guys.
it's jsut the ton of similar levels between any significant places plus the exactly 2 different enemies (the ground and the flying type) which make stuff feel like a super long mindless walk in the same scenery.

there is potential , but there i jut way too many levels for the quite limited amount of enemies, block placements, etc.

Hey mate what´s up thank you very much for playing the game.

Well I mean the game is pretty simple and quite simple to follow through with some attention but yes there is a lot to be improved.

As I said this is far from what I wanted to do but it´s a start and yes it has some metroidvania features but I wanna really want to add a map system and some texts to take the player to the right direction and more features for sure for now this is where I´m at.

As far as level design I´ll take notice on what you said but it´s a small game with few mechanics so it´s kept really simple what makes it being somehow repetitive none the less I hope you have a good time thank you for your time and feedback.

You can avoid damage with the dash ability or with the roll ability so against the bosses you can melee attack, roll out or dash and then ranged attack the special attack has to be well timed so you can it in the right moment.

I will make some scenes more easier to understand with some dialog boxes (still working on it).

Thank you very much Cheers

I hugues laborde thank you very much !

This is a small game with some metroidvania features still far from what I really wanted to do but it´s a start.

Anyway I wanna thank you for your amazing art it´s awesome like and I actually tried to contact you via email for some character creation but ended up going with this character that I fall in love with. Thanks

Hey buddy how is going? as I said this game still far from what I wanted to do and there´s  definitely some stuff that I´d love to improve such as dialog boxes, had a map to the game and some enemy fights but for now this is a small game just to show my developments.

By the way I tried Not Mad after a while I was Mad I didn´t figure it out but like it anyway ;).

Hey buddy listen I have a question about updating a game!

So how do you do to update a game ? Do you remove the version you already have here and upload the new one or do you keep all the versions on the download page ? I´m asking this because I´m afraid of losing my download numbers on my dashboard from this first version if I remove it.

I don´t know if I made the question clear but I hope you understand it and if not feel free to ask.

Hey saber Thank you for the tip I ended up uploading the file with the same name and it seems that override the original !

Hey Penusbmic I gotta say you have one of my favorite styles of pixel art like hugues laborde you guys kill it all your sci fi series are amazing. And I´d love to make more games with your assets and characters.

For this small game I used that specific character because of all the animation it had but I gotta say I got some of your assets for this game really cool ;).

Maybe we can all work together some time to make a cool game.

Keep up the good work. 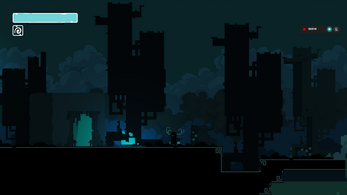 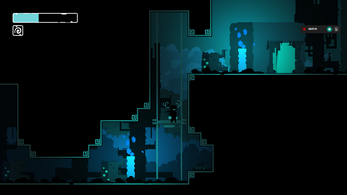 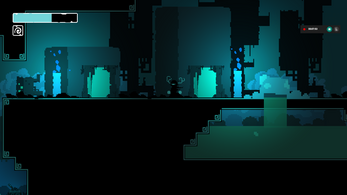 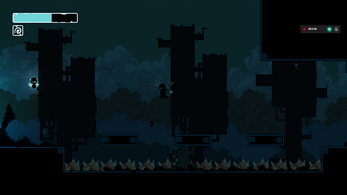 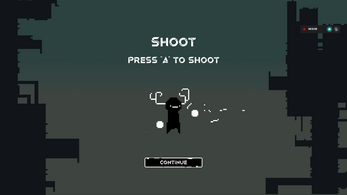 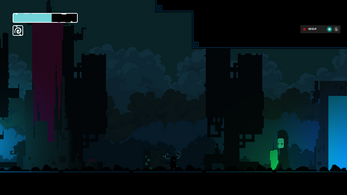 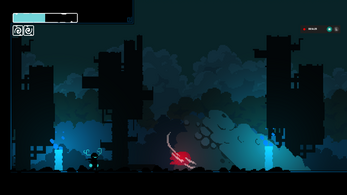 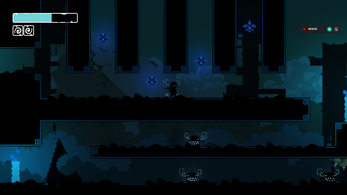 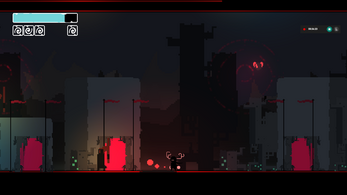 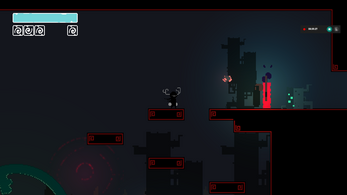 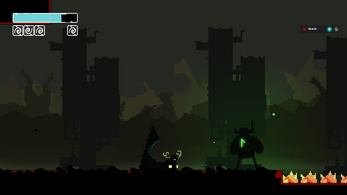 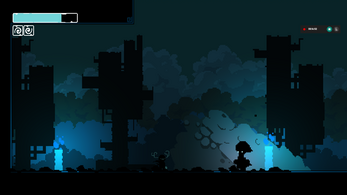 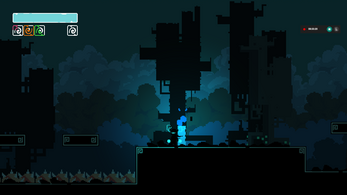 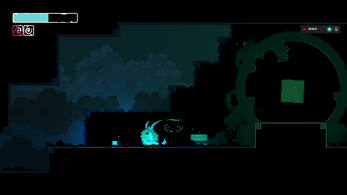 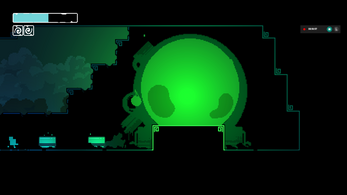 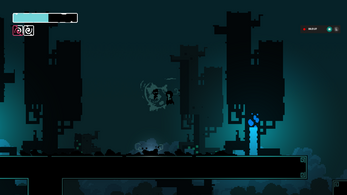